“They” say age is only a number. “I” say numbers are only a guide, not a rule to live by.

I look at numbers as representative of things that need to be measured, quantified or kept track of—like ages, sizes, grades, or as a way to keep count— miles, meals, husbands.

On the other hand I have a good friend who is a math-head, and according to him numbers are not only representative they are

“definitive” or “exact”–even “beautiful,” the key to understanding the workings of the universe…”—he can go on and on about how sexy numbers are, and by then I’ve glazed over and started thinking about really important things like where we’re having dinner.

But one day when he started talking about types of numbers—Real, Imaginary, Complex, Prime, Negative, Positive, Rational, Irrational, Sublime —I perked up. Really! I did. In the midst of his treatise on the beauty of
mathematics, he had somehow managed to recapture my attention. I couldn’t believe it. Me interested in numbers that didn’t have to do with the balance in my checking account or whether a shoe was in my size? Yes! Because he was using adjectives I understood clearly. I even used them in my own ordinary, everyday, decidedly math-impaired language. Crisp descriptions, which, when added to a word, a phrase or a sentence, in just the right way could clarify content or intent—they spoke about expectation, probability and attitude. I was psyched. I realized that his numerical adjectives, when used around us mere mortals –those who do NOT do logarithms for fun

and relaxation–not only told you what was there, they told you how to feel about it. Of course by now, I was no longer even listening to him. I was off on my own tangent because I could already see how his Real, Imaginary, Complex, Prime, Negative, Positive, Rational, Irrational, Sublime NUMBERS fit exactly what I thought about aging.

Age, like weight, IS what it IS. Lying about it does not change what it IS. Your fibs may fool some people, but you never fool yourself—unless you are a fool. But age can also be like size—you know how the sizes vary depending on where you shop or how much you spend? As much as we would like there to be some kind of agreed upon industry standard by which all clothing is measured, there is no such thing as a uniform “true size.” So the bottom line is that the size you wear, is the size that fits.  And thanks to people, mostly us boomers on a mission to defy the calendar, (and sell books) we can now have a variety of “measurable” ages.

There’s Chronological Age (We know how this one works—count up from birth), Biological Age (Medical tests indicate how well or poorly our bodies are handling the passing of time), then we have Intellectual Age (Are we too old to be this dumb?) Emotional Age and Social Age (Are we mature? Do we play well with others?)

Those delineations may work for some people, and even though I have no clue what the words mean mathematically, I like my friend’s number theory terminology better.  Real Age, Imaginary Age,  Complex Age, Prime Age, Negative Age, Positive Age, Rational Age, Irrational Age and my personal favorite, Sublime Age.

So what’s a nifty fifty-something woman to do with so much to choose from? Well, that’s the beauty of this age theory—you get to pick. Isn’t that what we want? Some say in the matter? From back in the day when we were sitting-in, loving-in, marching, burning bras, controlling birth, renaming ourselves Ms—it was about making the choice ours. So here goes—

Real Age—OK it’s on your driver’s license and passport so you’re stuck there.

Imaginary Age—How would you like to feel? Look? Caution: Be realistic, eighteen is out of the running, but

if you feel thirty-five, so be it.

Prime Age— Isn’t it always the best, most

Positive Age—YES. Because it’s all how you look at it, and by now, you are positively who you are.

Negative Age—It’s time to subtract the negative things (and people) in your life.

Rational Age— You are old enough to know better.

Irrational Age— You are old enough to know better

1) List 5 things about you that seem/feel/look/are younger than you are.

2) List 5 things about you that seem/feel/look/are older than you are.

3) List 5 things about you that seem/feel/look/are exactly right for your age. 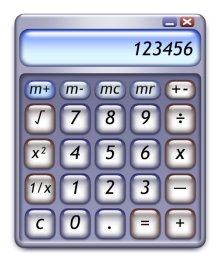 4) Now, add these, divide the total by the number of the month of your birth, subtract the day of your birth from that and multiply by the year…take the average of these numbers and… Just kidding.

5) Look at your list, pick 3 things you need to change in order to be your Sublime Age.

6) Change them. Throw the rest away.

7) If there’s nothing you want to change, STOP READING NOW.

Virginia DeBerry - Cute Still Counts National best selling co-author of seven bestselling novels... and in previous lives I've been a model, secretary, wife, teacher,ex-wife, editor, wife, spokesperson ex-wife and probably a few other things I can't recall at the moment. I have ALWAYS been committed to the principle that "CUTE COUNTS" no matter your profession, age or circumstances and the older I get, the more passionate I become. This blog is dedicated to my unwavering belief that CUTE WILL ALWAYS COUNT! BTW-the red lipstick is for my late mother-who never left home without it!
Published March 21, 2016March 22, 2016